Willem Hendriksen has over his years in radio and event organization gained a huge network of artists and industry professionals which led him to the idea of connecting the ‘newbies’ with those who have extensive experience in the creative industries. Retro Rehash’s mentorship programs benefited many young artists as well as their mentors, who loved the experience, as it led them to some new and unexpected insights. 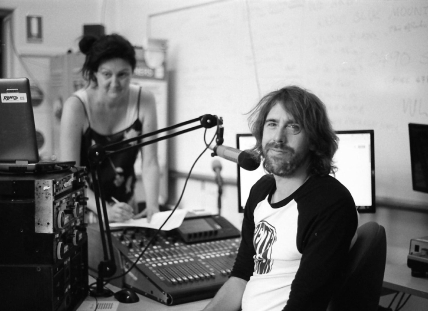 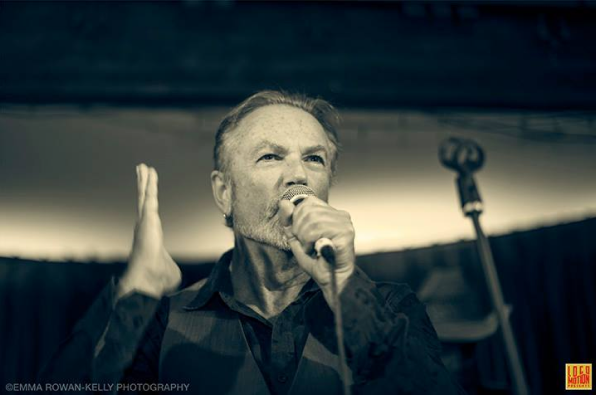 In 2016, Retro Rehash employed The Church's frontman Steve Kilbey to mentor a select group of Blue Mountains musicians. This occurred after Willem recruited a backing band for Steve that featured some of our finest local talent. As Steve Kilbey & The Mountaineers, the assembled group headlined at a sold out event at Katoomba's Hotel Gearin,

performing songs from Steve's 40-year old catalogue of hits. In preparation for the show, the group got to spend a whole day rehearsing with Steve, who shared some of his career tips and creative advice.

After participating in this project, some local musicians were inspired to start their own bands and create their own recordings.

"Willem (Retro Rehash) had the great idea of having established singers come to the Blue Mountains to sing with a bunch of local young musicians. I'd never heard of this or done this before, but it was a great experience for me and the local players. A real win-win situation. Willem did a good job facilitating this whole thing and making sure it was a great success. I hear he's going for a grant to do more of this and in my 40-odd years of showbiz I couldn't think of a more appropriate person to carry on his imaginative approach to giving local musicians access to great opportunities." - Steve Kilbey (The Church) 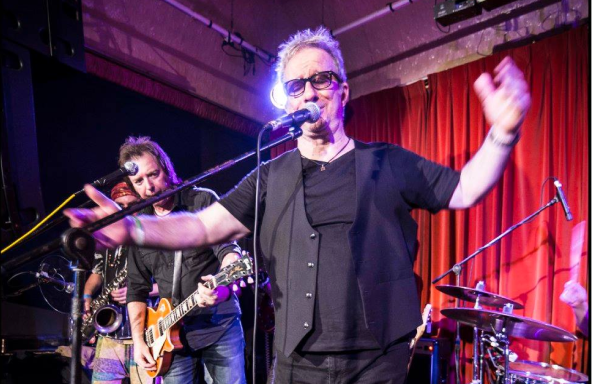 In 2017, Retro Rehash employed Jimmy Barnes' older brother John 'Swanee' Swan to mentor Blue Mountains musicians through running a rehearsal and performance with eight local players. The handpicked group performed hits from Swanee's 45 years in show business at a sold out event at The Carrington Hotel in Katoomba.

The group also got to spend a whole day rehearsing with Swanee, who provided them with some music career tips and creative advice. After this project, a few of the musicians were inspired to start bands and record their own music.

"I played at Willem Hendriksen's event Happy Hippy Hoedown in Katoomba on August 26th, 2017, [which was] a fundraiser for Radio Blue Mountains. It was a great show! I had a ball, and I was looked after very well. Retro Rehash really are trying to get young acts on the map, so I support those who support young talent. I was the headliner in combination with local and aspiring bands. It was packed. I used some [young musicians] as my backing band; they were a great breath of fresh air. I have no hesitation in recommending Willem as he really believes in what he's doing. Great communicator, bright future." John 'Swanee' Swan OAM 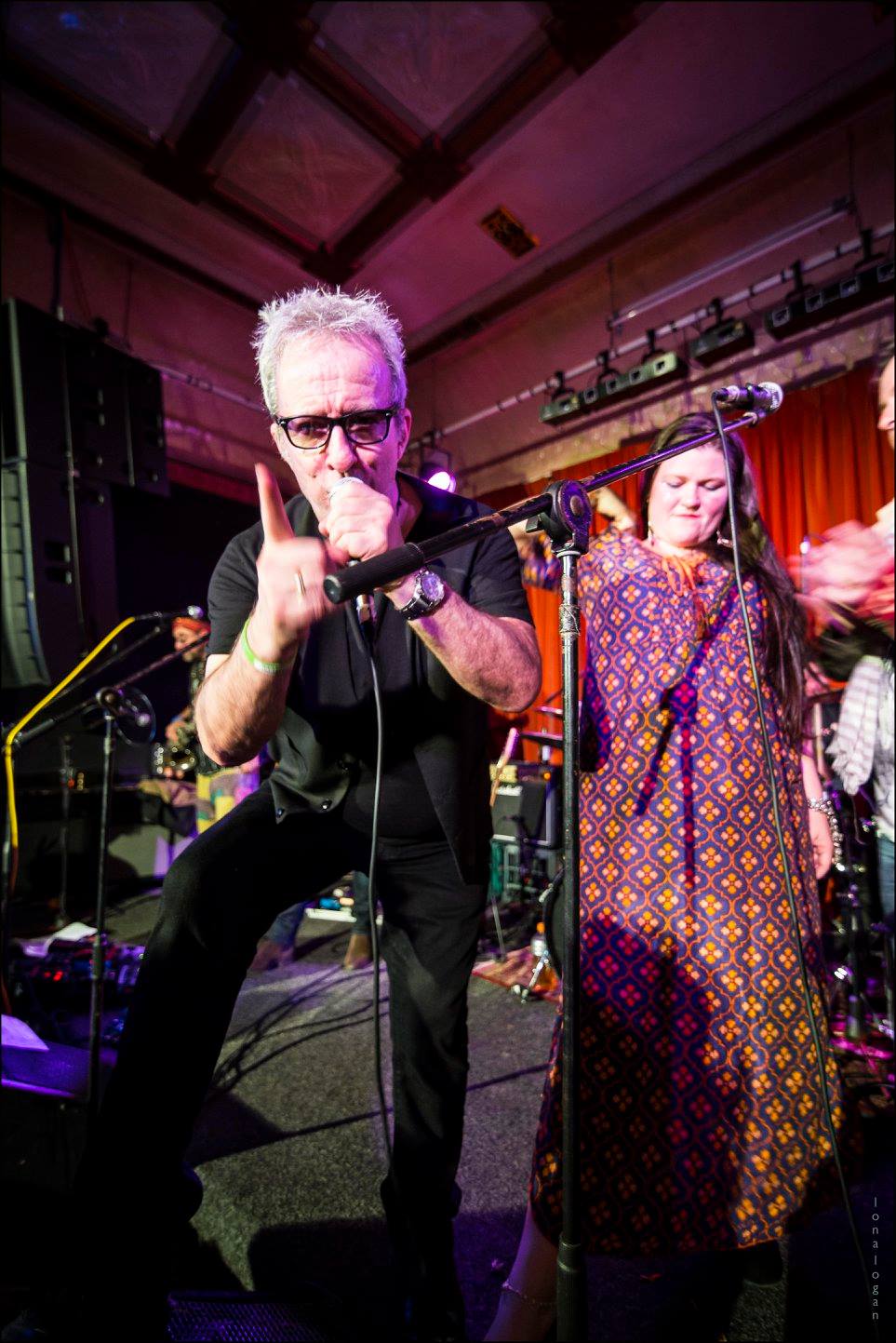 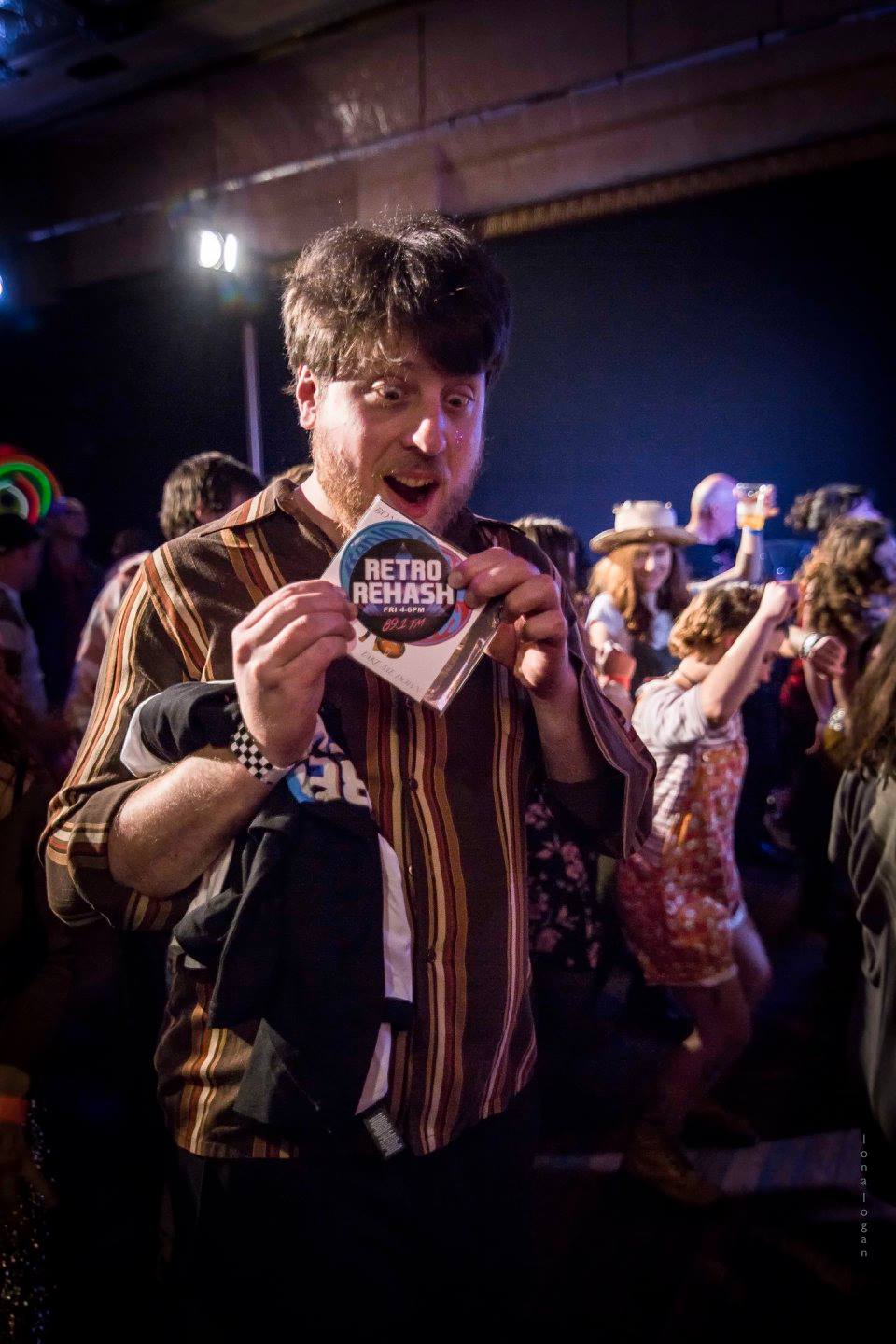 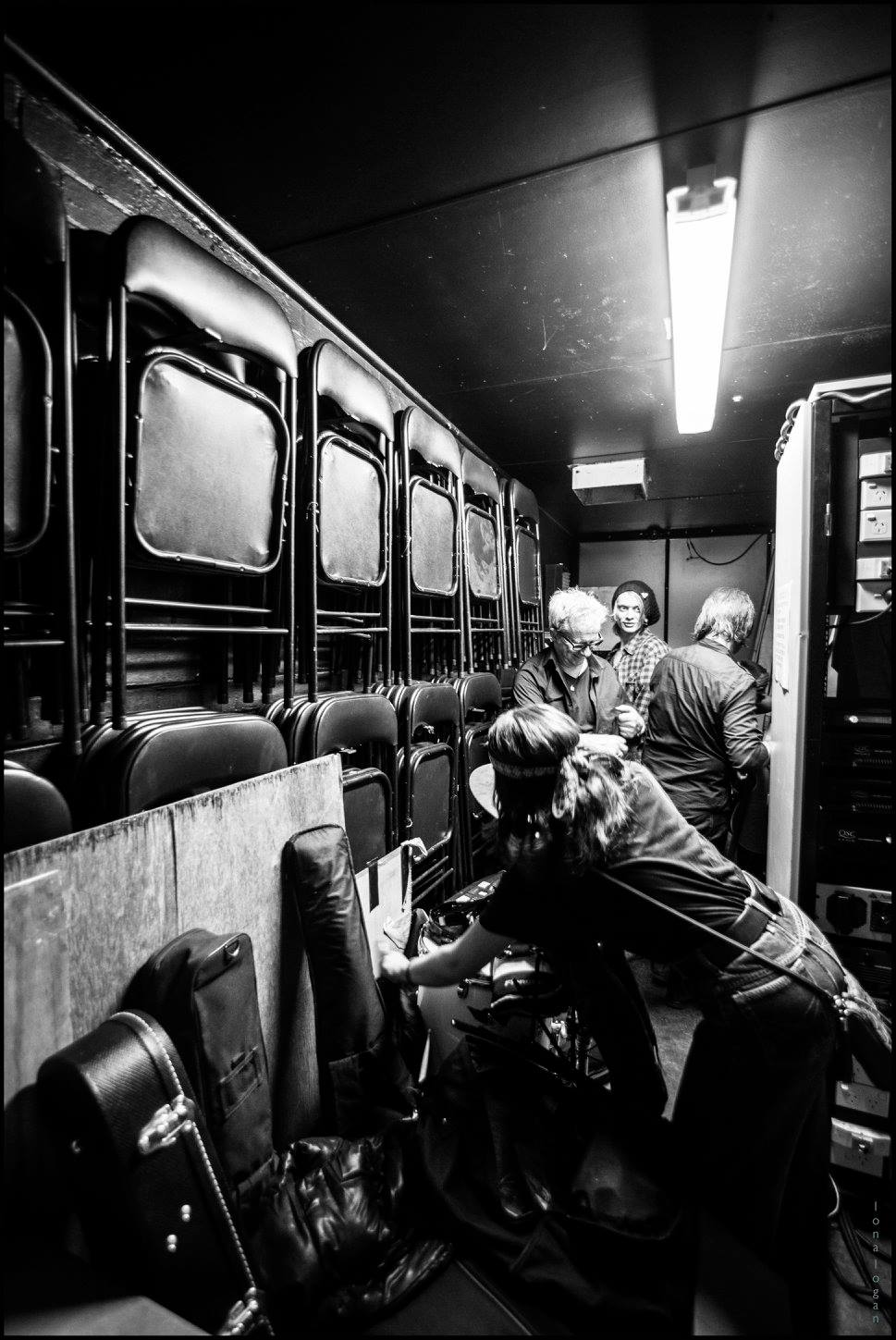 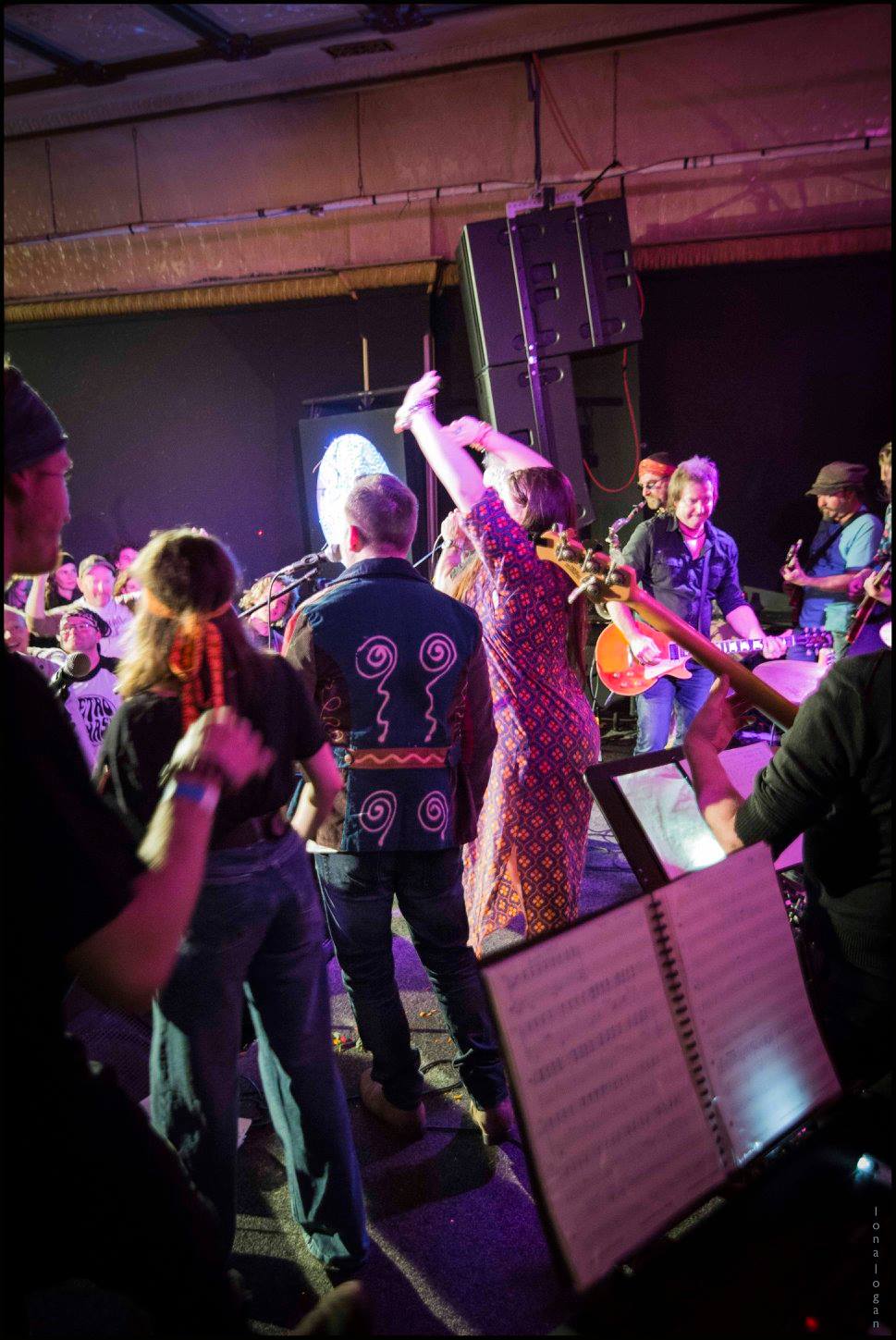 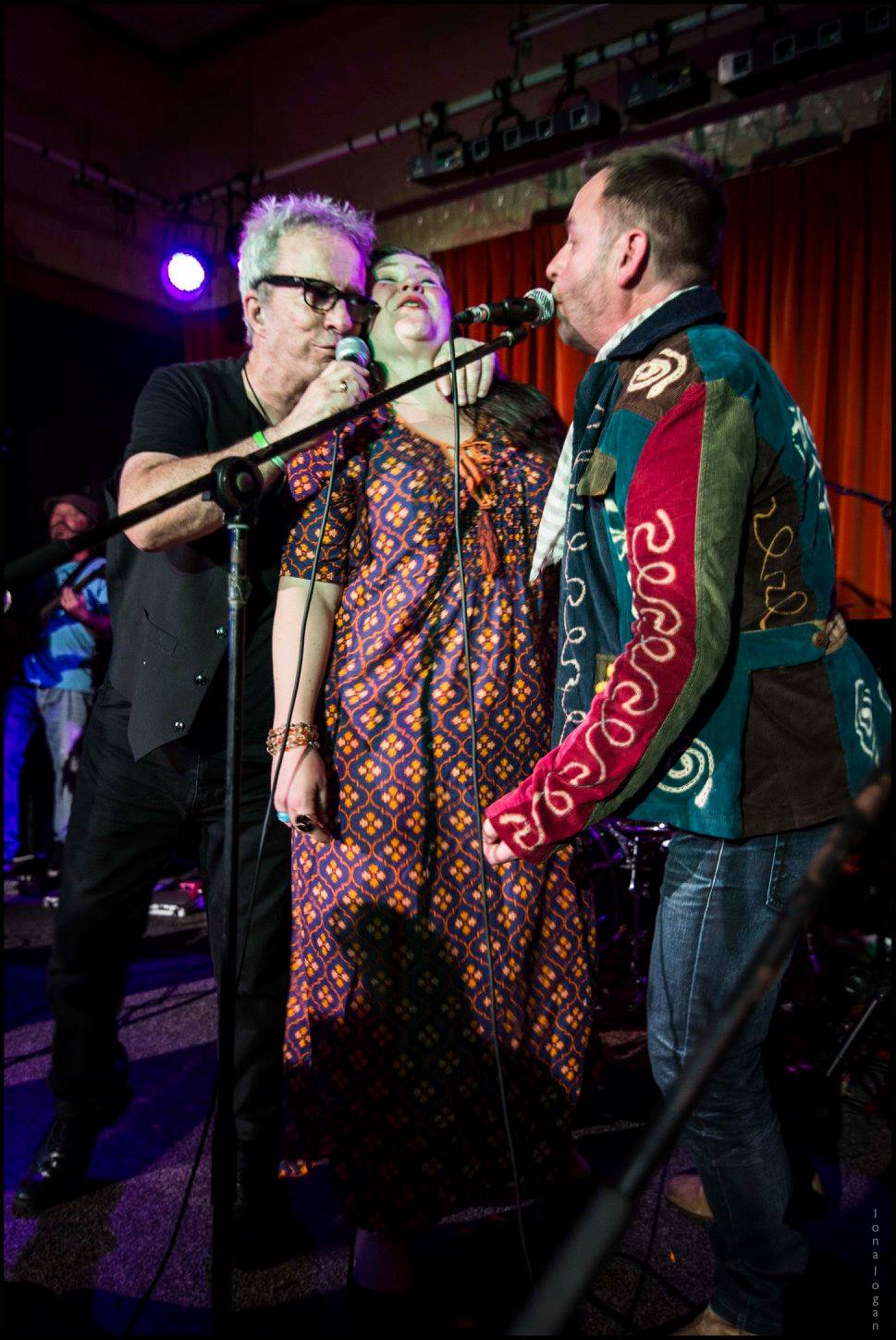 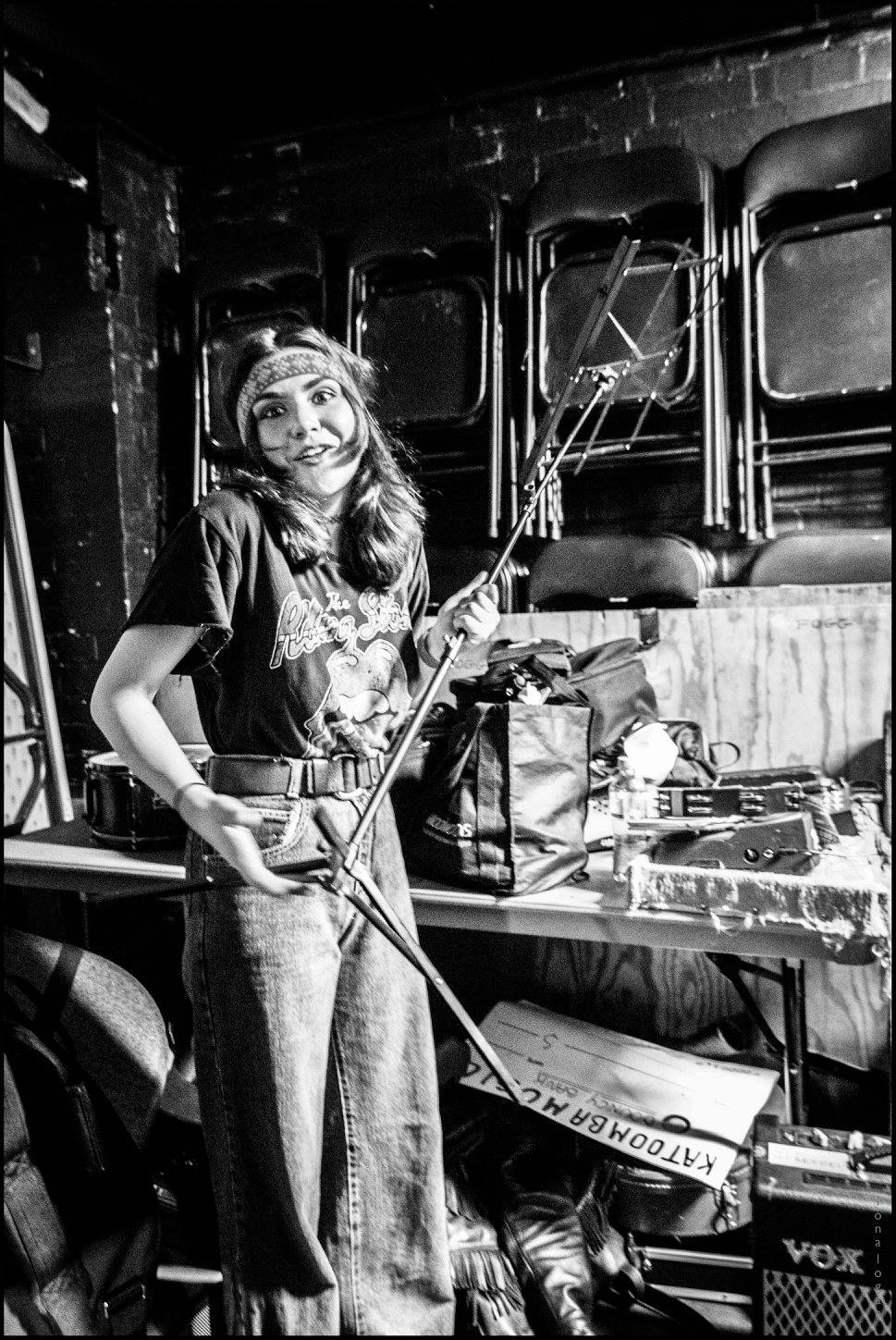 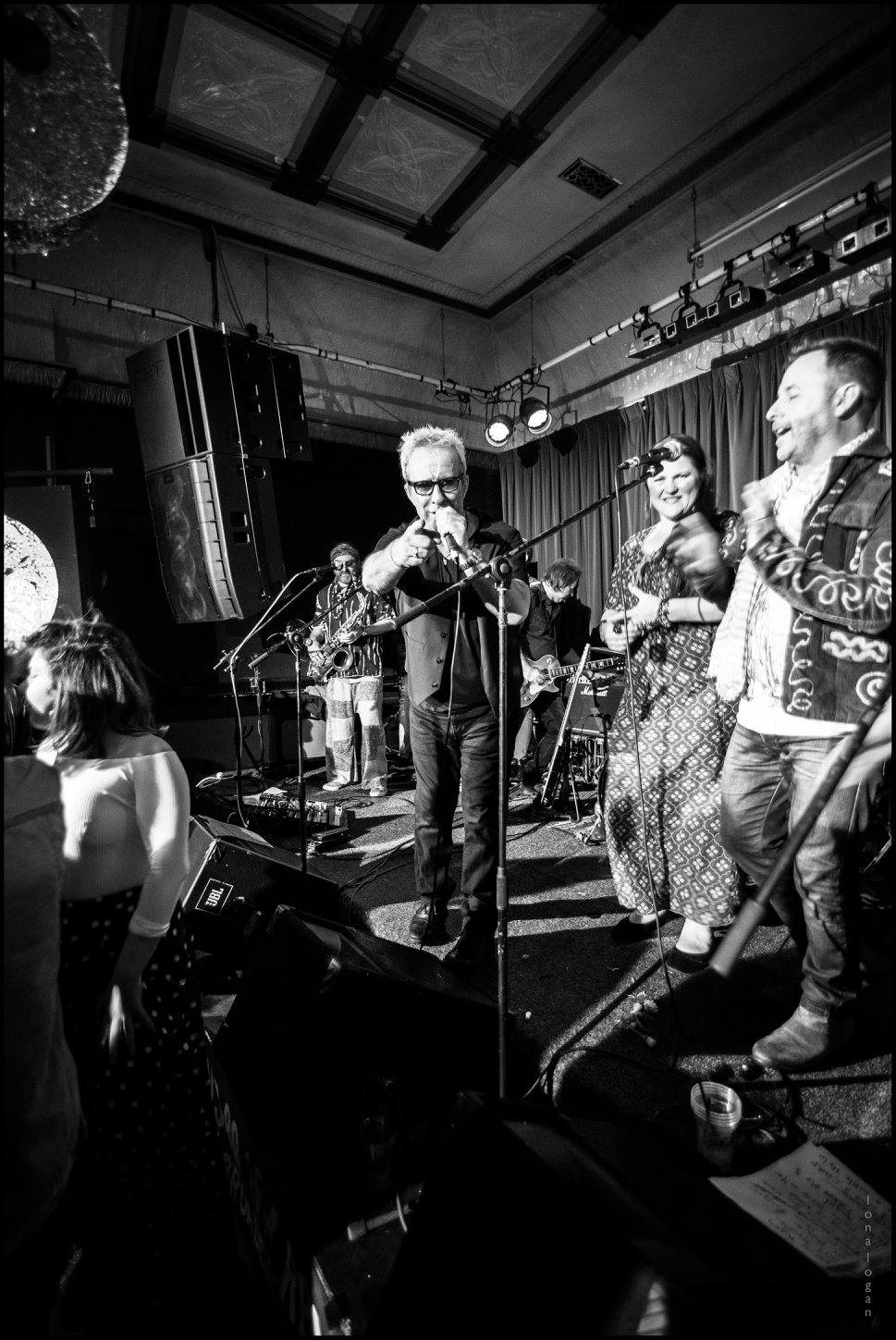 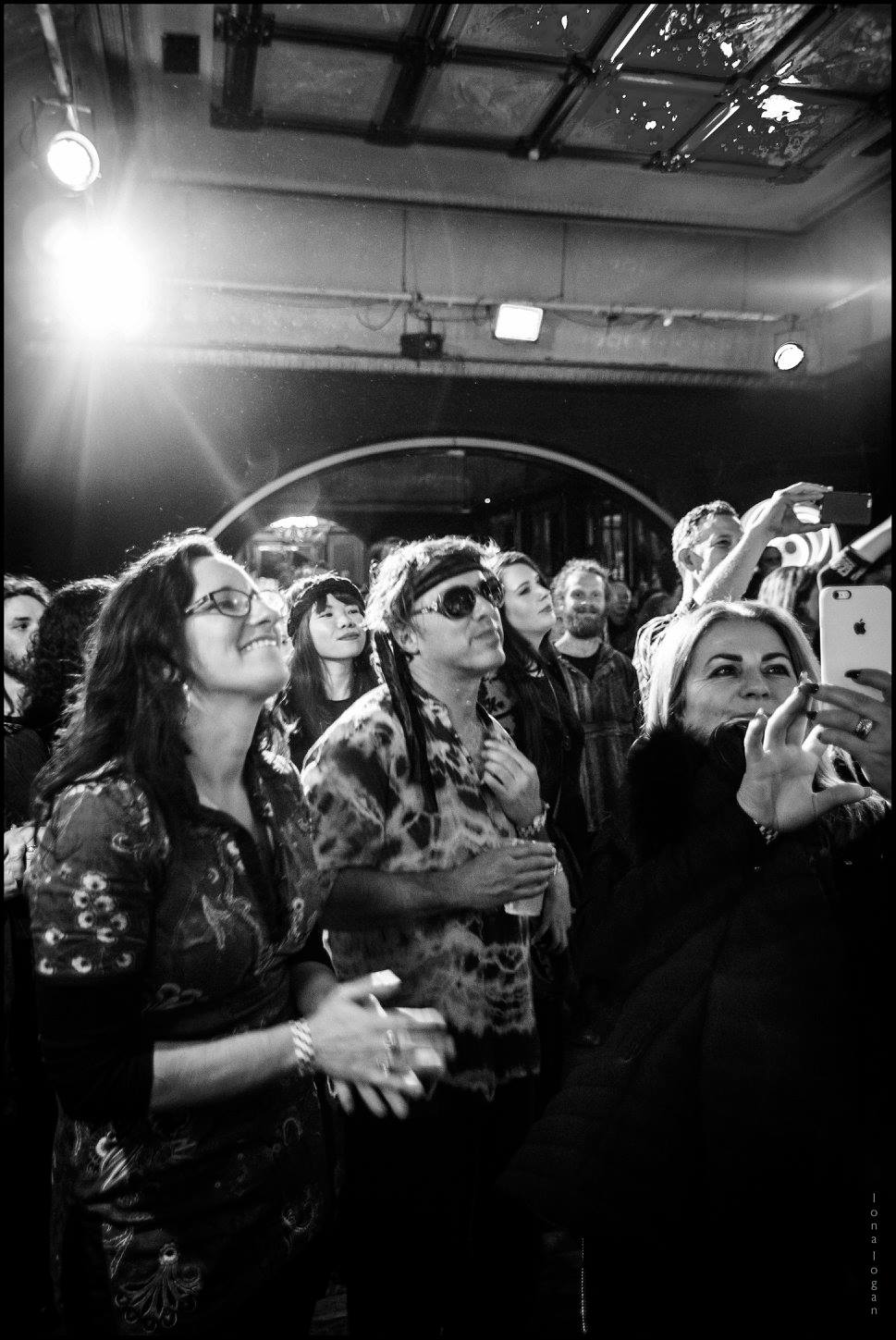 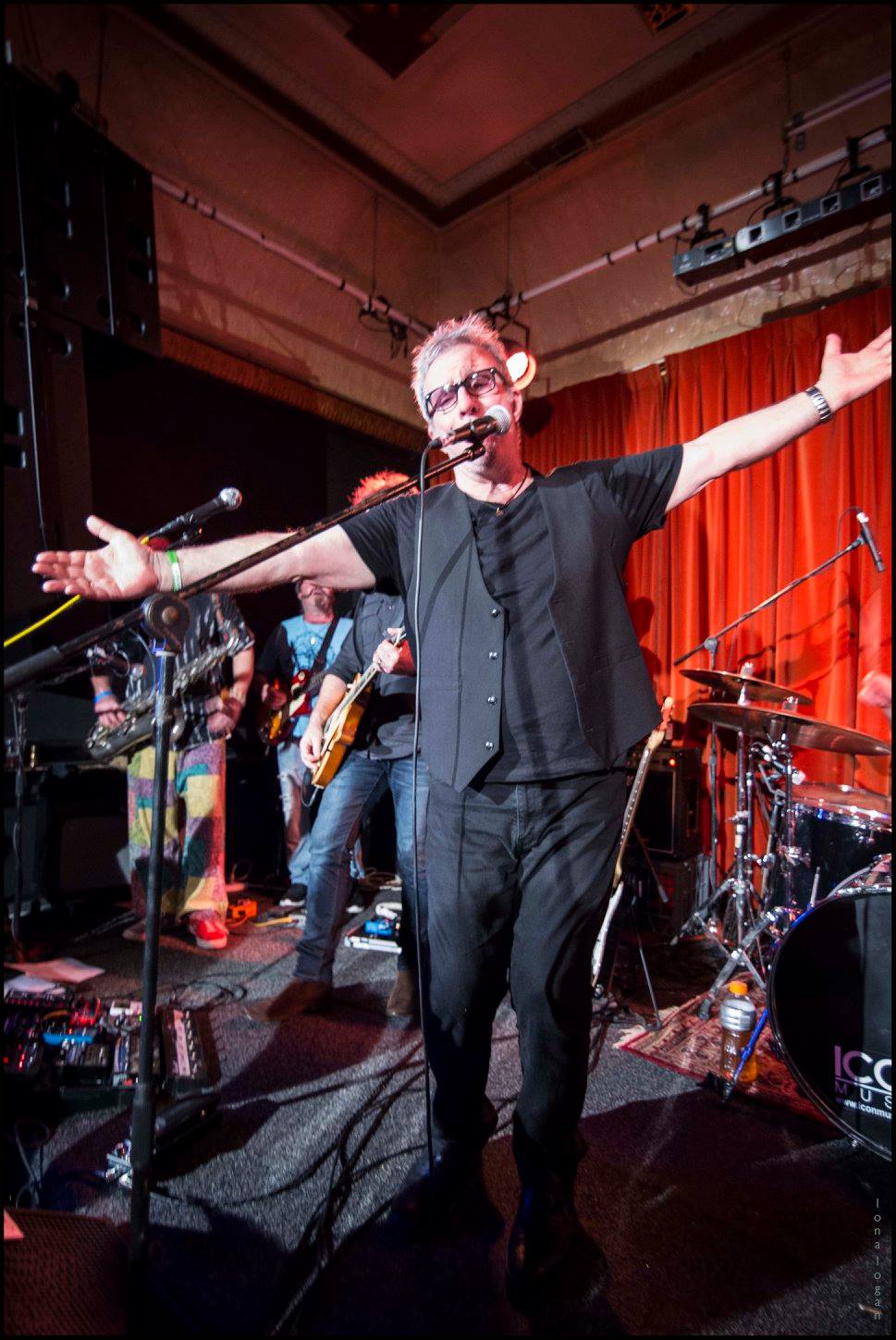 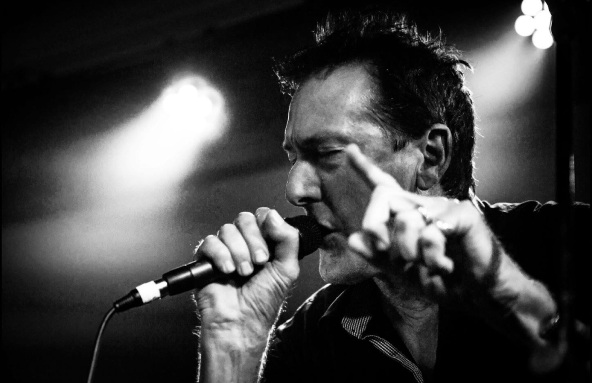 Brian also provided the group with some performance and recording advice. This project inspired Madam Fatale to grow their following through playing more gigs and releasing an independently-recorded album.

"I was asked to mentor this group of young guys called Madam Fatale, the aim being to put some songs together for a mini-set and then do a gig. Did I have reservations? Yes. Was I nervous? Yes. I mean, I'm old, these guys are young, so how did it go? Bloody brilliant, that's how it went. They say music has the power to transcend all age barriers and they're right. We did some covers and a Radiators song. My main focus was to teach them to play hard and to entertain. In the end it all worked out because that's the way they were anyway, which made playing with them so enjoyable. At times it was hard to tell if I was mentoring them or they were mentoring me! The gig was a gas, the crowd cheered, and to me it is still one of the great nights I've had." Brian Nichol (The Radiators) "It's been an awesome and strange experience. Brian is one of the nicest people and he's quite unassuming for someone who is in such a well known band. It's been amazing having time to work with him and see how he flows with the band, and to also see how he directs what he wants from a show or a song. He's got some serious knowledge about music in general, but the thing that strikes me the most is his ability to recognise and act upon what makes a good live performance. He's definitely taught us some tips. I have to say it's also quite strange to be rehearsing with someone my mum went and saw quite a few times back in the day!" Luke Bindoff (Madam Fatale) 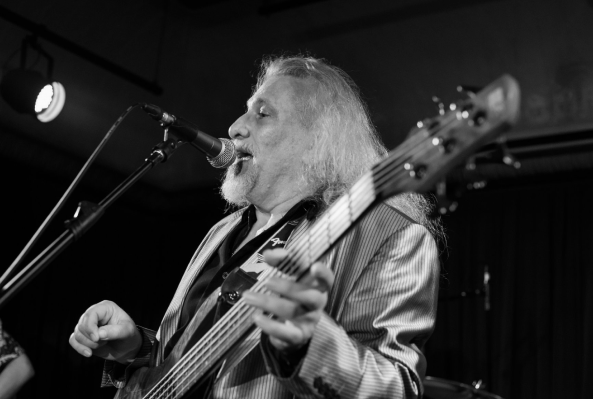 Later in 2018, we employed Michael Smith, (former Atlantics bassist and head editor at The Drum Media), to mentor Blue Mountains musicians by getting him to perform and rehearse with six local players. On New Year's Eve, the newly-formed group performed hits and covers collected through Michael's 50 years in music at a packed event at The Baroque Room in Katoomba.

These supporting musicians got to have three whole days of rehearsal with Michael, who provided them with insights and knowledge from half a century in the industry. Michael also offered some advice to local...

music journalist Corin Shearston, who interviewed him to promote the show and published his first piece in the Blue Mountains Gazette as a result of the event. After this project, a few local musicians were inspired to create their own bands and record their own music.

"I had the pleasure of working with Willem Hendriksen on an event he put together for New Year's Eve 2018, titled the Beached As Boogie Down. [Apart from honouring my six years in Australia's premier surf rock guitar band, The Atlantics, with a colourful beach theme], Hendriksen also recognised my 50 of years experience as a musician in bands...as well as my 25 years as Associate and Contributing Editor of Sydney's most influential cultural street press magazine, The Drum Media. He brought me on board as a media and music mentor, putting me with [emerging and experienced] musicians across generational lines. So Beached As was much more than a night of beach-themed rock'n'roll in the Baroque Room at the Carrington in Katoomba - it contained recollections drawn from across my musical and journalistic experience; insights into professional performance, presentation, musical arranging, publicity, promotion, management and recording experience. Hendriksen even brought in a young local journalist to interview me for The HAZE Magazine, a free and local music and arts quarterly, as well as for a piece he would publish in the Blue Mountains Gazette, and a young photographer looking to expand her experience of photographing musicians, on and off the stage. Hendriksen himself interviewed me for his Retro Rehash program on community radio. With all that in mind, I have no hesitation in endorsing Willem Hendriksen in any venture he may choose to develop or promote." Michael Smith (The Atlantics/The Drum Media)

"Retro Rehash gets ready to see in new year in Katoomba" 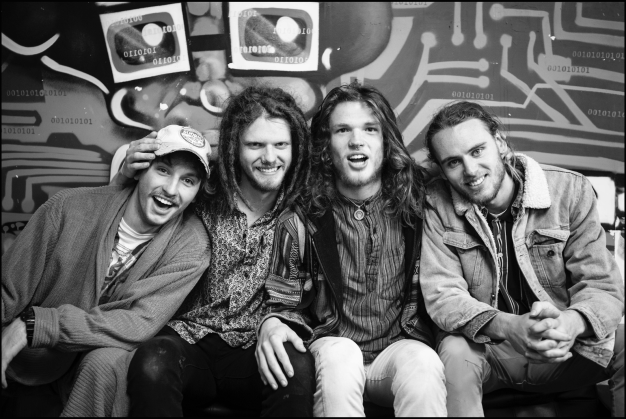 In late 2019, Retro Rehash organised a mentorship from local creative industry professionals for the young Blue Mountains psych-funk band, Safire Palms. This resulted in a sold out launch event at Junction 142 to celebrate the release of Safire Palms' debut single 'Jam Sandwich', which was grant-funded with the support of guest vocalist Michelle James, Hibiscus Biscuit, The Regime, and the K-Town Funky Horns.

Also Retro Rehash collaborated with a rehearsal space in partnership with Mountains Youth Services Team (MYST) For Safire Palms to PreP. Another Amazing by product of this mentorship is Rehearsal space was provided through the (MYST), and Junction 142. The mentorship project led to $8000 in donations for a new studio space at MYST Katoomba.